By The Procrastitorian on February 5, 2013

If you’re one of those people who loves movies that break new boundaries in art, focus on new methods of shooting, and bring heart wrenching stories of love and absolute languish than the first part of this post isn’t for you. Probably not the second part, either, but if you happen to be that rare sort of person who also likes westerns, than mosey on down to the last part of this post. For the rest of you out there, mostly you action fans and aficionados of the late 80’s and early 90’s movies, stick with me because this whole shebang is for you.

This is an amen to the movie gurus who finally figured out that returning the action, actors, and stories of the truly awesome movies back to the lime light was a phenomenal idea. I’m talking (of course) about the ball that really began to roll after the Expendables hit an awesome amount of success.  Bringing back the classic kick-assery of the true action movie, it also featured Stallone and a cast of actors that have been far too sparse on the field for far too long. Heck, there’s even relatively new faces on the field that are doing an amazing job once applied to these awesome tales. Along with this revival, it brought back a story that has action, adventure, danger, and characters you really want to be. Really, realllly want to be.  I mean, I’m a 5’4” tall woman and I wish I had been born a 6’5” man so I can kick someone’s head through a wall each and every time I watch one of those movies. 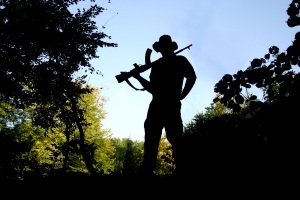 You know you want to be him.

Anywho, it’s those elements and and a few more that make them great. They lack the annoying love stories that always lead to scantily clad people fake makin’ it on the screen (which is, by the way, annoying to try and take my parents to a movie and have scenes like that pop up. 25 and I  just don’t feel right about sharing a moment like that with my mother or a bunch of random strangers for that matter).  They focus on the heroes and their plights that are truly important: the elements of their personalities that truly make them heroes. They fight the bad guy, save the innocents, and do it all while never sacrificing their personal morals or gaining new ones. That, my friends, is what the recent onslaught of movies is bringing back and I, for one, am happy to see them come. So bring on A Good Day To Die Hard, The Last Stand, and RED 2 (the first one which is one of my personal favorites).  I’m happy to welcome Arnold back into the limelight, cheer on Stallone, and grin along with Bruce Willis and that contagious smile of his.

Now, onto the second part of this post. With all these movies coming back, I am here to call out another into the streets, one that I feel we needs a good strong comeback:

Someone has to fill these boots.

That’s right, I think we are in dire need of a  Western. A really good one for a nice hurrah. Not a dirty, terrible tale of people who need to shove bars of soap down their throats, or of the questionable, flaky hero who finally stands up. We need the good old classic westerns that bring back that feeling of the old west (as romanticized as it may be). I want shoot outs in the streets, bar fights in the saloon, and gunfights at the OK Corral. I want those lone heroes that never seem to be alone with the motley crew of old friends that never leave their sides, and their horses that never give ‘um a reason to cuss them till they go down. Not a remake, not a side-story, but a new and honest to goodness Western.  While I’d love to see a new revival of the genre, I’ll settle for just one good western that makes me think “Man, if the Duke were alive today, he would have been in this one”.

A rant though this may be, I felt it was a good one. It’s been years upon years since I felt like going to the movie theater a few times a month, but recently I just can’t stay away. With movies like Judge Dredd and The Last Stand behind me, and the ones I previously named above on the way, it doesn’t seem like I’ll be able to pause much either. And, just between you and me, friends, that’s something I am rather glad to say.

Got something to say? Type away! Cancel reply

What’s Been Happening Around Here

Till There's Nothing Left to Feed Them